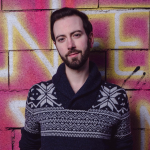 True Swords of Damocles, strong ecological and social stakes challenge territories: increase and ageing of the population, urban sprawl, pollutions, social cohesion… Four main types of measures are taken to respond to those stakes. These four categories are not mutually exclusive; they exist at the same time but in varying degrees.

LAND ARTIFICIALISATION_ The first category of measures, which is also the historical and the most traditional one, consists in constructing residential, commercial zones or even entire towns ex nihilo. Recently, the president of Georgia has announced a plan to build a new city of half a million people named Lazika, whose main activity will be based on tourism. The rise of this town on the Black Sea coast raises concerns, most notably in terms of competition with the cities around. URBAN RENEWAL_ The second type of measures consists in improving existing territories in order to avoid population flight and attract new populations. Territorial attractiveness involves, among other things, a wide offer of products and services (health services, education, work, leisure, transport,…), that is to say, a real functional mix.The city of Vannes has thus regained prestige since the arrival of the TGV.

FUNCTIONAL MODULARITY OF EXISTING SPACES_ The third type of measures consists in encouraging other uses in otherwise monofunctional existing spaces. Residential spaces, for instance, are more and more gaining a social or public dimension on top of the personal and familial ones. For further information on this topic, you can read the article What if you were to share your house? as well as different initiatives regarding collaborative homes or social initiatives around housing.

URBAN AND SUBURBAN AREAS’ VERTICALISATION_ Last but not least, the verticalisation of cities appears as a popular measure to make territories denser. Higher and higher vertical horizons (skyscrapers) are rising all around the world. The race has started. In London, the Shard Tower has won the award of the highest European tower. Beyond brand-new towers, the verticalisation of cities can come from added floors on existing buildings, even if those buildings often end up being less high than skyscrapers. The high city exists through varied forms: breathtaking towers who often serve as iconic buildings for cities, rise of buildings from the top, or simply through the planning of its high spaces (rooftops policy, etc.).

The vertical city is indeed only one answer among others. It is however one of the most delicate to consider. How to plan the high city while avoiding errors of the past or errors made in other parts of the world? How to avoid Babel’s, Metropolis’ or The World Inside’s syndromes? In order to answer those questions, Chronos and [pop-up] urbain will publish next winter (2012) a prospective book on urban verticality.

To set the scope of the analysis, four dimensions of urban verticality will be explored in blog posts we will publish during the week: 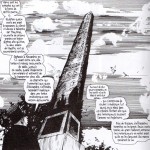 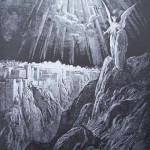